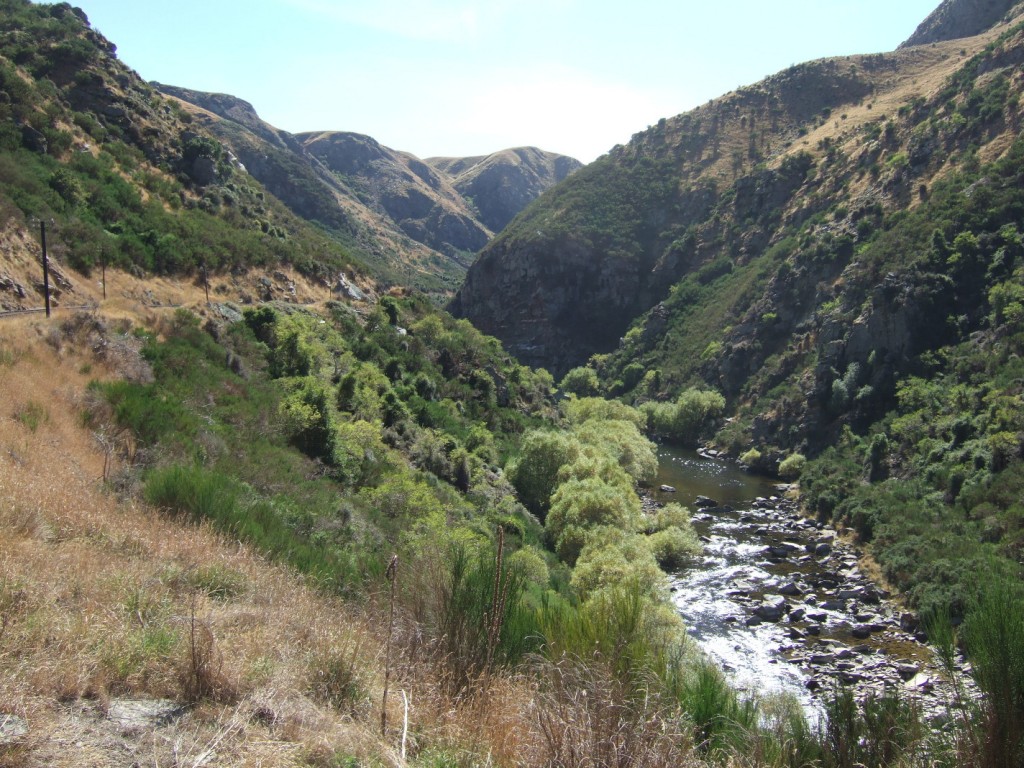 Took the train trip from Dunedin up the Tiaeri Gorge to Middlemarch and back. Simply beautiful as you can see.

Of the town, however, we only really saw central Dunedin. Some rather splendid early buildings mixed in with too much later grot in a rather depressing way: and even the good buildings tend to have appalling street level shop frontages pasted on. The central Octagon is awful. Why on earth don’t they thoroughly pedestrianize it and then get rid of the shabby fourth rate bars and pubs that clutter what could be a great urban space (with the cathedral, town hall, art gallery and theatre, and a fine view central down to splendid railway station)? Unimpressed.

But the countryside around we saw on our two trips out, on the train, and along the Otago peninsula, was absolutely wonderful like so much of the South Island.