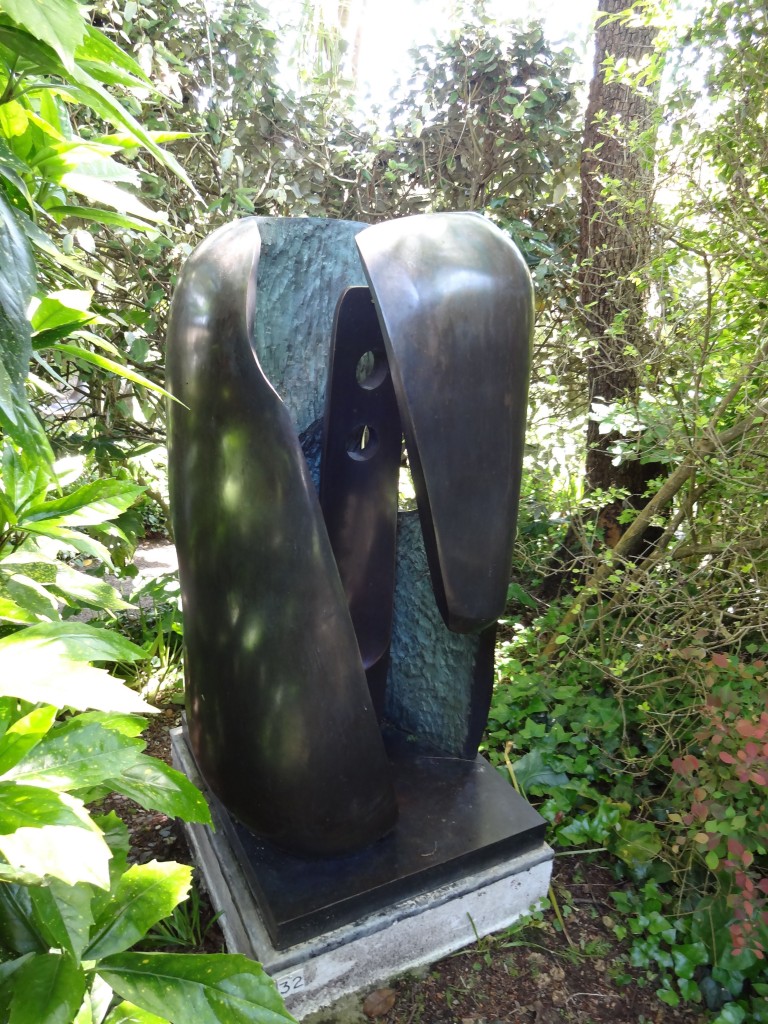 We have been away from Cambridge in Cornwall, where the weather has been extraordinarily kind. So there’s been a lot of sitting around in the sun by the sea, walking the coastal paths, or visiting gardens like Trelissick (which you can reach, delightfully, by ferry). Wonderful.

We did make one trip across to St Ives, which did not strike us as being now as nice a place as past reputation would have it. But it was more than worth the journey, just to see the Barbara Hepworth Museum and Sculpture Garden.

“I have always been interested in oval or ovoid shapes. The first carvings were simple realistic oval forms of the human head or of a bird. Gradually my interest grew in more abstract values – the weight, poise, and curvature of the ovoid as a basic form. The carving and piercing of such a form seems to open up an infinite variety of continuous curves in the third dimension, changing in accordance with the contours of the original ovoid and with the degree of penetration of the material. Here is sufficient field for exploration to last a lifetime.”

“Before I can start carving the idea must be almost complete. I say ‘almost’ because the really important thing seems to be the sculptor’s ability to let his intuition guide him over the gap between conception and realization without compromising the integrity of the original idea; the point being that the material has vitality – it resists and makes demands.”

“I have gained very great inspiration from Cornish land- and sea-scape, the horizontal line of the sea and the quality of light and colour which reminds me of the Mediterranean light and colour which so excites one’s sense of form; and first and last there is the human figure which in the country becomes a free and moving part of a greater whole. This relationship between figure and landscape is vitally important to me. I cannot feel it in a city.”

Thoughts of a lucidity that contrasts, as Mrs Logic Matters tartly remarked, with the sort of nonsense you can get from modern artists writing about their work …