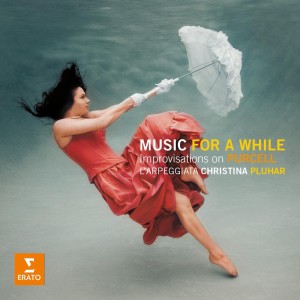 Continuing my occasional series of CD recommendations, this is not at all my usual fare. But I happened to hear a slightly jazz-influenced arrangement of Purcell’s “A prince of glorious race descended” on internet radio (Otto’s Baroque Music, since you ask), and was really rather taken with it. So I sought out the disc it came from and here it is: Music for  While: Improvisations on Purcell, by L’Arpeggiata directed by Christina Pluhar. The disc has had mixed reviews: I suspect, then, that it won’t be everyone’s jar of marmite (and there is an oddly misplaced bonus track of a Leonard Cohen piece, sung as if by Margo Timmins!). But I do think Pluhar’s arrangements of Purcell mostly work very enjoyably, and some of the singing is really rather fine. If you have an Apple Music subscription or the like, well worth a listen. (There’s a short  promotional video here.)