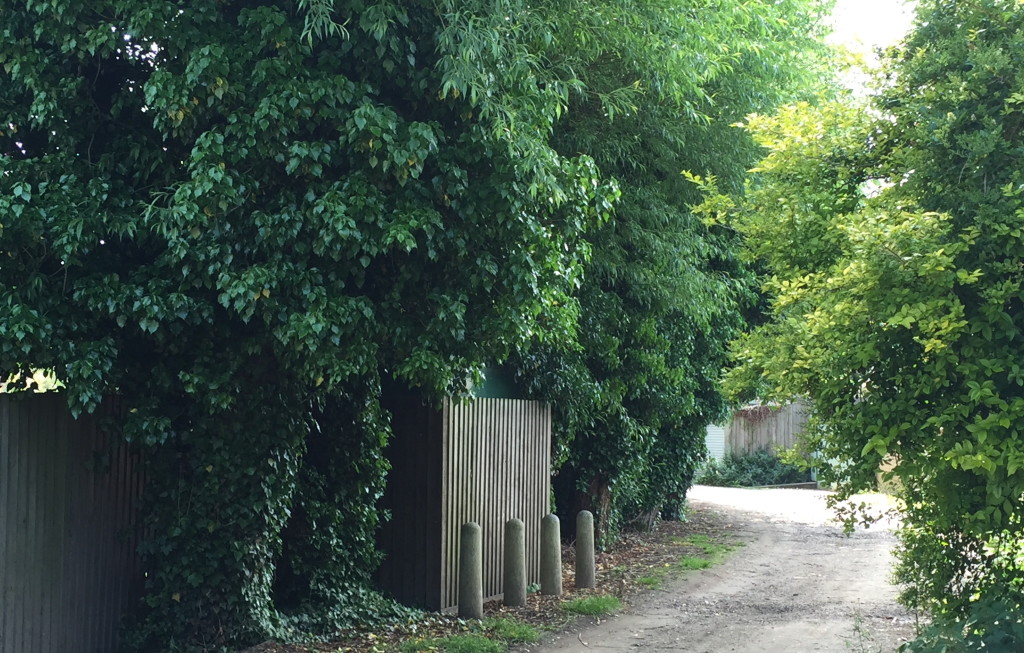 We keep car and bikes in the garage at the bottom of the garden. The lane there is very rough and ready. It is unclear who owns what and whose responsibility it all is. The potholes make cycling a hazard, and you have to inch a car along rather gingerly. A bit of a pain, we’ve always thought (though actually having a usable garage in central Cambridge is quite unusual).

But now we find that the lane is medieval — a broad track used by people going along the river to cross over to Stourbridge Fair, once the largest fair in Europe (and in the sixteenth century, lasting a month).

Which puts the mud and rubble in a whole new light.