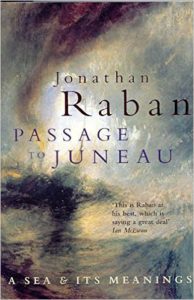 My non-logical readings are rather random, except for one pretty firm rule — I try to alternate between reading something new (or at least, new to me), and re-reading something familiar (or at least something that would be familiar, if only my memory for novels and the like wasn’t so terrible). Otherwise, there is no method to it. When I finish one book, I just hunt around the house for something that seems to fit my mood and inclination to read next.  So just recently, I’ve read Sarah Perry’s much praised  The Essex Serpent (which I rather enjoyed, but thought lost its way towards the end), Giuseppe Tomasi di Lampedusa’s The Leopard (which I must have read at least twice before, and which I enjoyed even more this time) and Ian McEwan’s The Children Act (which will go straight back to the Oxfam shop where I picked it up a few weeks ago — a quite unconvincing waste of McEwan’s considerable literary firepower). And I am now re-reading what is surely the best work by one of the best English prose writers of the late 2oth century, namely Jonathan Raban’s remarkable Passage to Juneau. This is proving, if possible, even better than I remember; I am absolutely gripped again.

For those who don’t know Raban’s work, let me link to this sensitive short essay  from the Guardian, whose title I have stolen, which says something about why it is so fine, and which might well (I hope) encourage a few others to read the book.