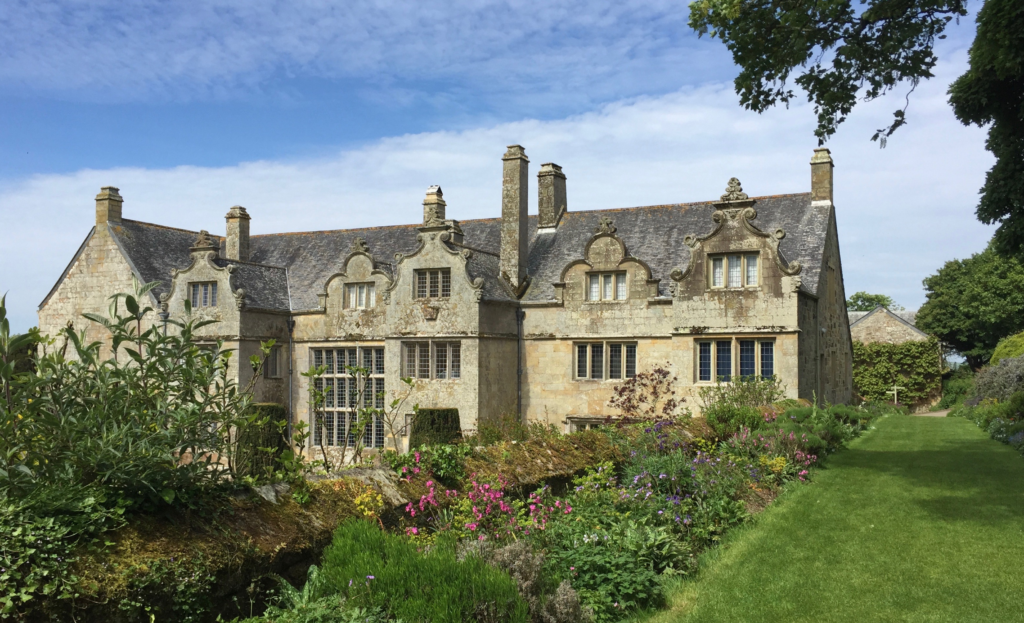 Another year, another (logic-free!) fortnight in St Mawes, in Cornwall. It is good to go at this time, as it is mostly still very quiet and the walking is at its best. The weather, though, can often be very changeable. But this time, we were particularly lucky, and there were a lot of very good days; and for once we got to see, for example, the charming Elizabethan house and garden at Trerice in the sun. Sheer delight.

I mostly tried to avoid the news for the two weeks. It is no surprise to now find that Brexit still continues to be a train-wreck. (Cornwall, away from the tourist trade, is one of the poorest areas of Europe; it will lose a great deal of EU support funding. You can put it down to the fundamental mendaciousness of the referendum campaign that there was a local majority for leaving …)

You can easily drive from Cambridge to Cornwall in a day, but it is much more enjoyable to break the journey. This year, in one direction, we stopped over at edge of Gloucester, wanting to see the cathedral which we had never visited. It is quite wonderful. But oh, the surrounding city centre seems so shabby and run-down (to the point that we felt quite uncomfortable about venturing back to eat in the city in the evening). It is indeed depressing how many of the old county towns of England have become hollowed-out, undignified, wrecks.