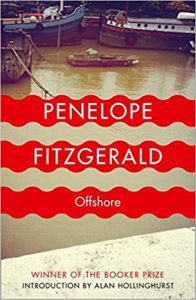 For some while now, I’ve kept a list of the novels that I’ve being reading or re-reading  — my memory for this sort of thing being pretty bad. But the list used to grow depressingly slowly; so very many good (or better!) novels, with more coming out every month, and so little time, it seemed, to read them. This year, then, I made a New Year’s Resolution: really cut-back on non-work-related internet in the evenings. I’ve never been one for FaceBook, though Twitter can be addictive. But oh, how the hours can disappear on newspaper/magazine sites, other political sites (especially in these days of Brexit and Trump), arts/music sites, not to mention nerdy stuff …! So, as I say, I resolved to Cut Right Down.

And for once, this is a resolution that has been kept pretty well. In the last six months, I’ve now read as many novels as the whole of last year — and had much more enjoyable and relaxing evenings into the bargain. I can honestly recommend it hugely, both for pleasure and for eudaimonia.

There’s no real pattern or plan to my reading. I usually just take down from the shelves something old or new that appeals at the time — and the shelves are an pretty eclectic mix, given that Mrs Logic Matters and I both have a taste for browsing charity-shops for serendipitous finds. But I do nowadays make a happy rule of reading a Dickens every winter — so this year, I lapped up Dombey and Son (which I confess I hadn’t read before as an adult). And, since it is his bicentennial year, I thought I’d try to read or re-read a good amount of Turgenev, who I do find particularly appealing. More about him, perhaps, another time.

My big recent discovery has been the novels of Helen Dunmore. I was very taken with her late novel Exposure earlier in the year; here’s an insightful review by Kate Clanchy. And then a bit later I was in a charity shop — serendipity indeed! — as they were putting on the table a uniform set of completely-as-new recently reprinted paperback copies of her first ten novels which had been donated a few minutes before. So I snaffled the lot, and am now beginning to read her novels in chronological order. A poet as well as a novelist, Dunmore’s are beautifully written as well as wonderfully thoughtful books.

What else? Let me just mention three for reading on a summer’s night (or on the beach!) for sheer enjoyment. The latest Sarah Dunant, In the Name of the Family, takes up her fictional but historically rich version of the Borgias where Blood and Beauty leaves off. If you don’t know the earlier book, you really are missing a treat: if you do know it, you’ll have surely read the sequel already. Six months or so ago, Gail Honeyman’s Eleanor Oliphant is Completely Fine was top of the paperback bestseller lists. We’re usually a bit resistant to hype; but we started reading it in a bookshop on an enthusiastic recommendation — and were hooked. But the book I’ve enjoyed most of all in the last six months is one from 1979 which I’d never read before, Penelope Fitzgerald’s tragi-farce (her word) Offshore. Here’s a nice piece about it by Alan Hollinghurst. Sheer delight on many levels.