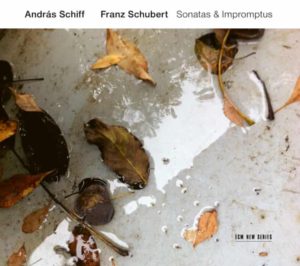 Schubert’s late piano works have long been some of the most important music of all for me. So one of the highlights of this last year was going to hear Imogen Cooper’s wonderful 70th birthday concert at Wigmore Hall, when she played the last three sonatas,  every bar revealing her deep and lasting engagement with this music. More recently, I’ve discovered Francesco Piemontese’s rightly much admired recordings of the same sonatas. But the most revelatory Schubert this year must surely be the second installment of Andras Schiff’s recordings made on a Franz Brodmann fortepiano, made in Vienna around 1820. Schiff’s performances are utterly convincing and make you hear these pieces anew; I was bowled over again, as I was by the preceding disks. Listen, for example, to the Drei Klavierstücke D 946 (favourites of mine): magical playing. 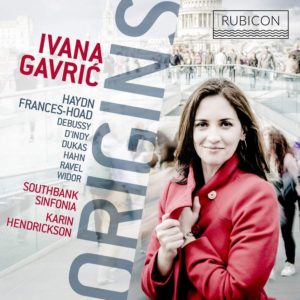 I have much admired Ivana Gavrić’s previous recordings, and praised them here. So I would have bought her new release, whatever it was. This new CD, Origins, starts with a sparkling performance of the Haydn D Major Concerto (it took me a few moments to adapt my ears to the orchestral texture, so used am I to listening to “period” performances of Haydn, but this is joyous playing). There follow the six short homages to Haydn for solo piano commissioned from French composers for the 100th anniversary of his death, and a seventh homage from Gavrić’s Cambridge contemporary, the composer Cheryl Frances-Hoad. And then there follows a performance of the piano concerto Between the Skies, the River and the Hills written for Gavrić by Frances-Hoad. This nods to Haydn (particularly his last movement thought sometimes to be based on  a Bosnian dance) and uses a Bosnian folk song in its own third movement: the connection here is that Gavrić herself was born and spent her early years in Sarajevo. There’s more about the CD in three short videos here. I’ve listened and re-listened with warm admiration — both for Frances-Hoad’s composition and Gavrić’s playing! — and I have enjoyed this CD a lot: well worth seeking out. 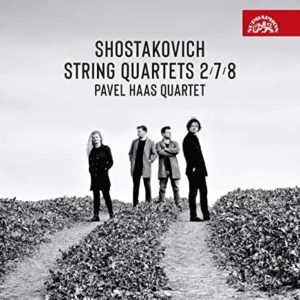 But the CD of the year has to be the Pavel Haas Quartet’s Shostakovich disk. This isn’t comfortable listening. As the reviewer on the BBC Radio 3 Record Review programme put it, “It’s absolutely gut wrenchingly intense. It’s almost unlistenable to, it’s so fabulous, it’s such committed playing, it’s such deep, deep sincerity.” That gets it exactly right: I’ve heard them play Shostakovich in concert with the same completely overwhelming mastery and emotional depth.  This is all quite extraordinary playing, intense indeed, but also in places heartstoppingly beautiful (listen to Veronika Jarůšková in the Adagio of the 2nd Quartet).   There’s a revealing interview with PHQ here that tells us something about how they prepare and rehearse and come to terms with the music with such concentrated attention: the result is stunning.