IFL2 is off to the proof-reader. So, for some weeks, time to think of other things.

A while back, I constructed a webpage linking to online materials on category theory at an introductory/middling  level, including lecture notes, (legally available!) books, and videos of lectures, more than 50 items altogether. Here it is!

I initially wrote this really for my own use, to keep track of things I found. But the page has got over 25K visits in the last year, so obviously some others are finding it useful too.

This page of links hasn’t had much attention in recent months while IFL2 was occupying my mind. However, I’ve just now updated it, removed a couple of dead links and corrected some others. Please do let me know of appropriate recent materials I should be adding to the list — and do spread the word to students who might find it useful.

Just to note the arrival at the Stanford Encyclopedia of a new entry ‘Structuralism in the Philosophy of Mathematics’ by Erich Reck and Georg Schiemer.

Two features of this entry are potentially particularly useful. First, there is an attempt to provide a helpful taxonomy of the many varieties of structuralism about mathematics. Second, there’s a discussion of the relation between category theory and structuralism.

There’s quite often a problem of level and speed of coverage with SEP entries. I’d say that might apply here — the piece necessarily goes quickly over a lot of ground, and I’d guess that many a last-year undergraduate/first-year graduate student wanting a way into the topic will find that this entry goes too fast. For just one example, I don’t imagine someone getting much of an idea of Charles Parsons’s position from the brief discussion here. My guess is that an entry perhaps 30% longer, going more slowly over the same material, could have been 100% more useful to many student readers.

However, if you do already know a little about structuralism in the philosophy of mathematics, and want a well organized guide to help you get to know a lot more (and to spur you on, perhaps, to finding out something about category theory!), with very helpful pointers to the literature, then this will be a quite excellent place to start. 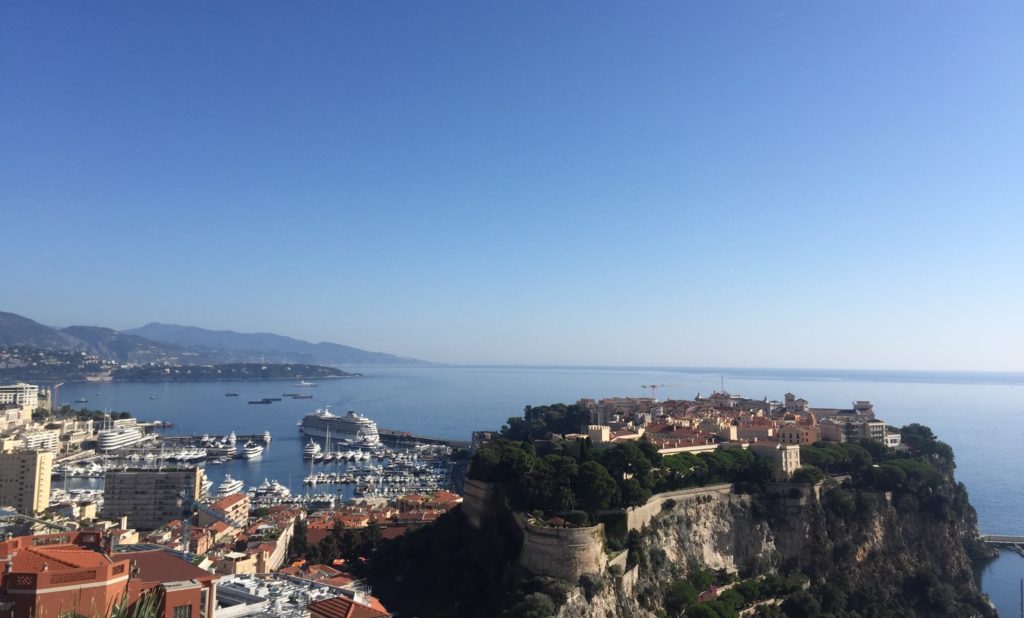 A few days in the sun. Such fortuitous good weather. Shirtsleeves at breakfast, sitting outside on the hotel terrace. Our first time here (visiting family, as it happens), and a considerable surprise in many ways. The urban environment in particular is a delight. True, the setting is terrific. But the way many of the modern buildings are built to subtly echo the belle époque style and produce a harmonious whole, and the care given to the public spaces, is so impressive. True again, there is great wealth here. But equally there is great wealth in central London. Which is now a visual slum, and becomes less pleasant by the year.

To London, to hear Imogen Cooper’s 70th birthday concert. That she chose to play the last three of Schubert’s piano sonatas shows how much he has always meant to her. A remarkable evening indeed. Some of the greatest of music played by one of the greatest Schubert pianists — stunning playing, taking us to the emotional depths.  You can hear the concert on the BBC tonight (and then for a month).

Another end-of-chapter exercise in IFL2 very briefly introduces Polish notation for propositional logic, and invites you to construe a few Polish wffs, and (going in the other direction) to render some standard wffs into prefix Polish. So far, so easy!

Then — at the moment! — I cheerfully add, “Show that Polish notation, although bracket-free, introduces no structural ambiguities (i.e. every Polish wff can be parsed in only one way).”

But now I find, when I come to write up the answers to the exercises, that my first draft attempt at explaining uniqueness isn’t super user-friendly. Before I try to massage it something better, any pointers to a particularly nice explanation already out there which is likely to be immediately grasped by just-beginning philosophy students of why the prefix notation is unambiguous? (I don’t mean so much a full-blown proof as enough arm-waving to get across the idea of a proof.)

One of the end-of-chapter exercises in IFL2 is simply this:

The negation of a proposition can usually be unambiguously expressed by prefixing ‘It is not the case that’. Can you think of any exceptions?

I tweeted the question too, and got some minor variations on familiar examples. Here are my draft notes for the online suggested answers to exercises, slightly tweaked in the light of a couple of those variations. These are notes for beginners, remember: but any comments?

There are, trivially, examples which use a different sense of ‘case’ (as in luggage, or box of wine): thus compare the pair

Still, it might be said that those examples are cheats! – the intended question was surely: does ‘It is not the case that’ still used as meaning ‘it is not true that’, when prefixed to a sentence, always unambiguously express the negation of what the original sentence says? (To be sure, that wasn’t originally spelt out. But equally, to adapt an example of Wittgenstein’s, if I say “show the children a game” and you teach them strip-poker, I can reasonably enough complain “I didn’t mean that sort of game” even if I didn’t actually have that exclusion in mind when I made my request!)

So let’s set aside those examples. What about

At least in (6) ‘it is not the case that’ is being used with the intended meaning! However, this time, prefixing those words changes the topic of the whole claim by changing the reference of ‘this sentence’. Not so much of a cheat, perhaps, but still an anomalous case, we might reasonably remark: we were thinking of prefixing ‘it is not the case that’ in its usual sense, while also not changing the actual content of what follows.

One way is by it not being clear how much of what follows the prefix does apply to. Thus in IFL2, p. 65, we consider  the pair:

In (8), on by far the more natural reading, the first ‘it is not the case that’ applies to just the clause ‘Jack loves Jill’. So both (7) and (8) are false if Jill does love Jack.

What is happening here is that ‘it is not the case’ hasn’t changed its meaning, isn’t changing the topic of what follows, but its scope isn’t (or at least, isn’t unambiguously) the whole of the sentence it is being applied to.

What about this sort of pair?

We’ve mentioned reductio arguments. Sometimes we show that some assumption A  has to be false by first arguing that if A then C, and then arguing that we also have if A then it isn’t the case that C. And since C and its negation can’t be true together, we conclude that A is false. (For example, the [IFL] Exercises 4 proof in effect shows that if √2 = m/n, a fraction in lowest terms, then m is even, and if √2 = m/n then m is not even, and concludes that√2 isn’t a fraction.)

Only slightly re-arranging, we have propositions of the form

proved true together. So one isn’t the negation of the other. Again, this is a scope phenomenon – on the natural reading, the initial ‘it is not the case’ doesn’t apply past the comma.

Are there examples where prefixing ‘it is not the case that’ (with the usual meaning) doesn’t negate what follows which aren’t to be explained as arising from scope phenomena? Well, what about this pair?

(13) is false: most of us are far too slow! But on one natural reading, (14) is false too – any elite middle distance runner can run a sub-four-minute mile.

Note though that, like (8), (14) is ambiguous; especially if the ‘anyone’ is stressed, it can also be construed as the simple negation of (13). And as we will see later in IFL2, the ambiguity here can also be thought of as of scope-ambiguity. We can represent the two readings of (14) like this:

(15) represents the reading of (14) which is not the negation of (13). And thought of like that, we can regard the prefixed ‘it is not the case that’ in (14) as not really governing everything that follows it — i.e. we can treat this as another scope phenomenon.

The PHQ playing the second movement of Janacek’s second string quartet “Intimate Letters”, a couple days ago on Dutch television.

I have put online a first batch of the end-of-chapter exercises for IFL2. There are PDFs of each set of exercises in stand-alone form, and then PDFs of worked answers (in some cases with an amount of discussion).

These should be of some use to beginning students, whether or not they are following a version of IFL. The exercises relate to the opening seven chapters, introducing notions like validity, soundness, proof, form, proposition, etc. in very informal ways.

A little while ago, I posted here, seeking an appreciative home for half a dozen of C.D. Broad’s books. I’m very pleased to have just found someone working on early analytic philosophy who is enthusiastic about Broad; so I’ve just packed up the books, and they will be on their way. Though the packing took longer than it should have done, as of course I just had to dip in, and read, and then dip in some more.

Which reminded me of one piece by Broad that I think any beginning philosophy student should still read! — it is (most of) the ‘Introduction’ to his Scientific Thought (1923) in which Broad discusses ‘the subject-matter of philosophy, and its relations to the special sciences’.

This remains a wonderfully lucid and persuasive defence of the business of philosophy in the analytic mode. I’ve edited with a light touch. It is quite short, just over seven pages. Of course, in some ways it is a little dated, though only a little. As I say, if you are a philosophy student visiting here, do read it. It you are a philosopher teacher, do recommend it to your students. And if you are a non-philosopher sceptical about the role of philosophy, then perhaps you should read it too!