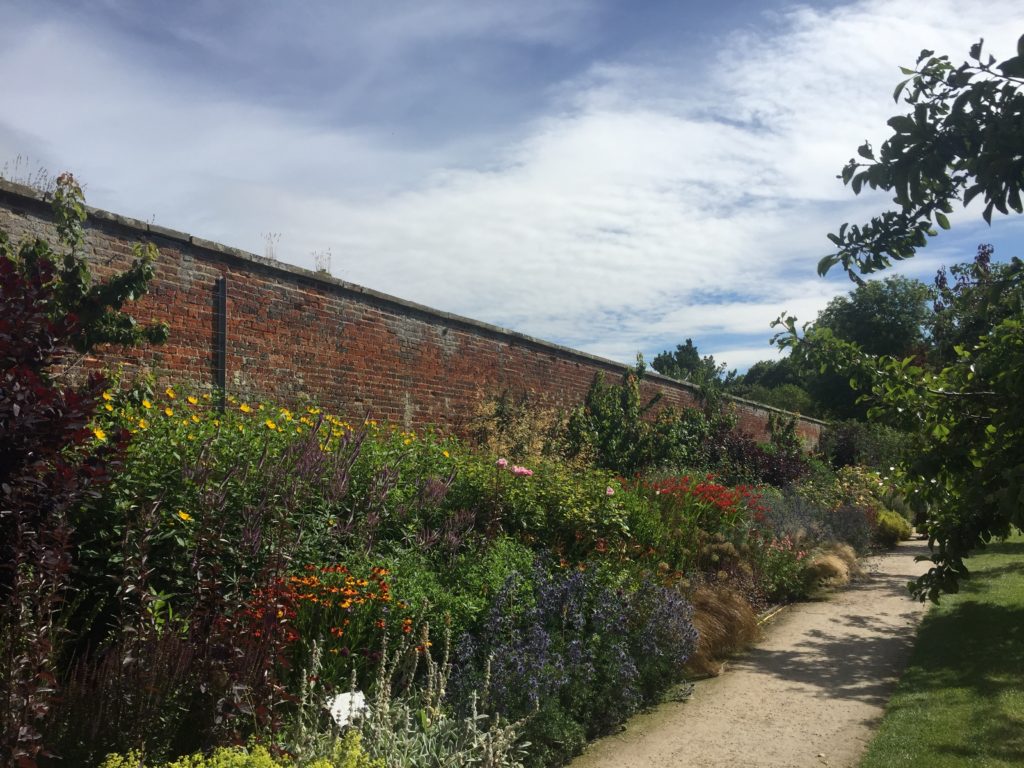 What news from the Rialto? Who knows? We are still avoiding the Rialto. As indeed are most of our friends. The hopelessly wavering and confused messaging from the  government, its perceived incompetence, has engendered among our generation very little confidence in the safety of re-embracing anything like the old ‘normal’. So, for example, where we would once have wandered into the city centre across the common perhaps every other day, we now go out to various places in the country to walk. And indeed we wonder why we (rather unthinkingly) had stuck to our old more urban habits for so long; we are unlikely to ever fully re-adopt them. Anecdotally, lockdown has prompted similar ‘resets’ for many: small changes for individuals that are, however, going to sum to pretty  significant economic effects for the city to add to the loss of tourists (and not just for the coffee shops and restaurants).

The local National Trust properties, though, continue to be a delight. No doubt because there are fewer gardening volunteers working, the borders seem a little less well-ordered, the meadows more unkempt, but all the lovelier for that. We have never seen so very many butterflies there.

The latest issue of the London Review of Books arrives. Of course, I could already have read it on the iPad. But there still is something very pleasing about sitting over coffee with the elegantly produced paper edition (even if this is at home rather than out at a café). Yes, the LRB can be idiosyncratic and provoking (though mostly in a good way). I will usually dive into most of it. Sometimes — though, trying to be realistic, not as often as I’d like — I’m even spurred on to buy one of the books reviewed. A piece in the current issue entices me to send off for a copy of the poet A. E. Stalling’s recent collection Like. I confess I had not heard of her before.

In the same post as the LRB, a copy of the newly paperbacked Fleishman is in Trouble by Taffy Brodesser-Akner. Praise was heaped when first published. But Mrs Logic Matters, fifty-something pages in, is not at all impressed; she rarely gives up on a book, but has already passed it on to my pile.

I’ve just been looking for our copy of Tony Judt’s wonderful The Memory Chalet. Where can it possibly have gone? It surely can’t accidentally have been given away in one of those many piles of books that have gone to Oxfam in the last few years. I find losing or misplacing a book that I’ve been emotionally affected by to be strangely dismaying, even if the copy can be readily replaced. We’ve both searched high and low, and still no sign.

Of recently online concerts, we found the Pavel Haas Quartet’s performance from Litomyšl particularly moving. There is of course something special about being present, there in the audience for a live concert. But compare having to traipse up to London and back, perhaps in bleak mid-winter, to get perhaps a distant view with slightly distracting neighbours, perhaps in any case on a day you are not particularly feeling like going to a concert, compare all that with viewing a well-produced streamed video of the live concert at home, watching and re-watching when the mood takes. Put it this way: if (say) Wigmore Hall starts offering paid access to streamed videos — or free to members, perhaps! — then the prospect of ourselves going to far fewer live concerts is not overall such a bad one.

But who knows when live concerts will resume to be streamed! Looking at the blank online future diaries of (say) the Pavel Haas, and the Doric, Belcea and Chiaroscuro quartets, and of Cuarteto Casals, is depressing indeed. Heaven knows how such great musicians are faring in these times.

The third instalment of Hilary Mantel’s Tudor trilogy remains on the coffee table. But it’s  time to decide who is going to read it first, as we have now both read Wolf Hall and Bring Up The Bodies again. And we have independently both been very struck by how much we’ve got out of rereading them — appreciating them, if anything, even more the second time around. The writing really is stunningly good. So that’s this week’s (very unoriginal) semi-lockdown reading recommendation: if you have been wondering about rereading those first two books of Hilary Mantel’s trilogy, don’t hesitate any longer. You’ll really enjoy it!

1 thought on “From a small corner of Cambridge, 9”