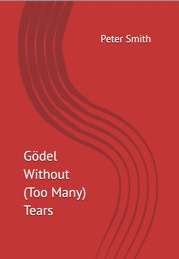 So I now at last have a full draft of the new book-style version of Gödel Without (Too Many) Tears. But I’m going to take my own advice and put this aside for a week or more, before returning with fresh eyes for a last end-to-end read through (and I will need to add some references, some brief suggestions for further reading, and a rough-and-ready index). I may run a final version past a few people for quick comments on some of the newer bits. But hopefully there will soon be another Big Red Logic Book. Big at least in the sense of being large format: but I’ve managed to keep it, as planned, to about a third the length of IGT2. I’m both embarrassed and pleased to say I learnt two or three things in the re-writing too!

How are the other BRLBs faring? I made IGT2 freely available as a PDF nine weeks ago. As I explained before, there was a quite crazy flood of downloads in the first two or three days — about sixty-four 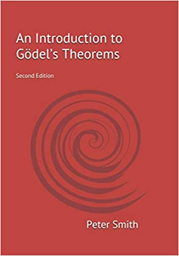 thousand — due to a direct link being posted for a couple of days on the front page of Hacker News (which shows, at any rate, the continuing real interest out there in an introduction to Gödel’s theorems even if not in An Introduction to Gödel’s Theorems). After that initial flurry, the rate of downloads has settled down to something much more sensible – amounting to another three thousand or so. Still a surprisingly high number, as there have been readily-accessible unofficial free PDFs floating around the internet for years. There has also been a small uptake for the (more-or-less at cost) Amazon print-on-demand version, more than enough to make it worth having arranged that possibility. I have of course been dipping into a few bits of IGT2 as I revised GWT and inevitably found some passages that I thought could certainly be improved. Still, I don’t think I’ll be rushing to write an IGT3 just yet.

Then I posted the free version of IFL2 a couple of weeks after IGT2, and this has been downloaded over two and a half thousand times. The sales of the Amazon printed copies 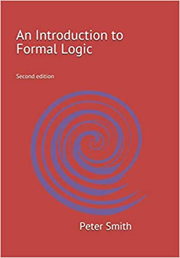 are level-pegging with the sales of IGT2 — which is a bit disappointing, as I was hoping that people (i.e. you!) would be asking their libraries to order copies. Since this edition of IFL is now not coming from a commercial publisher with a marketing department, librarians will need to be told about it (order details at the end of this earlier post). Now, as we all know, there is a lot of intro logic books out there. This one at least has the considerable merit of being officially zero-cost, as opposed to the crazy pricing of many texts! And having done a bit more homework, I’m a bit surprised to find that — leaving aside forallx and Paul Teller’s old text — there doesn’t seem to much good free competition either. Which makes me think more seriously about putting together an IFL3.

As I have explained before, the first edition of IFL concentrated on logic by trees. The second edition, as well as significantly revising all the other chapters, replaces the chapters on trees with chapters on a natural deduction proof system, done Fitch-style. Which again won’t please everyone! Chapters on trees are still available; but because of considerations of space in the printed version, those chapters are relegated to the status of online supplements. This was always a second-best solution. Ideally, I would have liked to have covered both trees and natural deduction (while carefully arranging things so that the lecturer/student who only wanted to explore one of these still has a coherent path through the book). With e-publication, the question of length isn’t so vital. And the absence of much by way of freely-available alternatives suggests it wouldn’t be at all a waste of time and effort to put together a third edition. I think it would complement the excellent forallx for those who want a more expansive/discursive (or some would say, more long-winded) introduction but with quite a similar approach. But IFL3 is for the future, and first I need to finish putting answers to the exercises in IFL2 online. And there are two other projects which I must juggle with while working on intro logic. More about them in the next post!