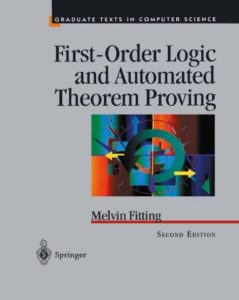 In the Study Guide entry on First-Order Logic, after the list of main reading suggestions, there is a further list of suggested parallel/additional reading which ends by warmly recommending Melvin Fitting’s First-Order Logic and Automated Theorem Proving (Springer, 2nd edn 2012). Although published in a series aimed at compsci students, this should certainly appeal to logicians who are primarily philosophers or mathematicians but who want to know a little more about some themes (e.g. resolution proof systems) of special interest to computer science, and who want to re-encounter some familiar ideas approached from a slightly different angle. You can, if you want, skip some of the bits on Prolog and still get a particularly elegantly and clearly written account. 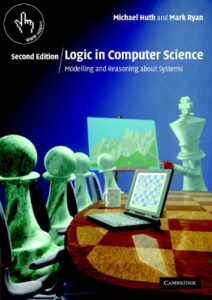 I’ve been wondering whether there are other books also written for computer scientists which could similarly appeal to the Guide’s intended readers. I know, of course, Michael Huth and Mark Ryan’s Logic in Computer Science (CUP, 2nd edn 2004). I haven’t reread this recently, but I recall it as being attractively and clearly written — the long first two chapters on propositional and predicate logic are well done, with a few interesting extras for the philosophical or mathematical reader (e.g. on SAT solvers). But then the later chapters go off in directions no doubt of key concern to computer scientist, but less interesting for the rest of us (for me, anyway!).

I’ve had Mordechai Ben-Ari’s Mathematical Logic for Computer Science (Springer 3rd edn 2012) recommended to me. But I thought this pretty second-rate. 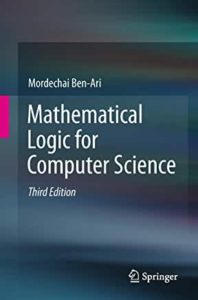 The level of exposition is poor, and indeed at points seemingly outright confused (e.g. about the status of the Deduction Theorem for a Hilbert system). Someone who already has a grip on the standard math logic approaches could, I guess, get something out of the book by diving straight into the chapters on propositional resolution, SAT solvers, and first-order resolution, for example. But I didn’t find this material well explained: it is surely treated more pleasingly elsewhere.

To repeat, then, I’m interested in locating logic books coming from a compsci angle which will however also appeal to someone whose main interest remains in philosophy or mathematics. Luis Augusto’s book is advertised as aimed at such readers, but you know what I think of that. So are there other options?  I’d be very interested to hear!

21 thoughts on “Mathematical logic from a compsci angle?”