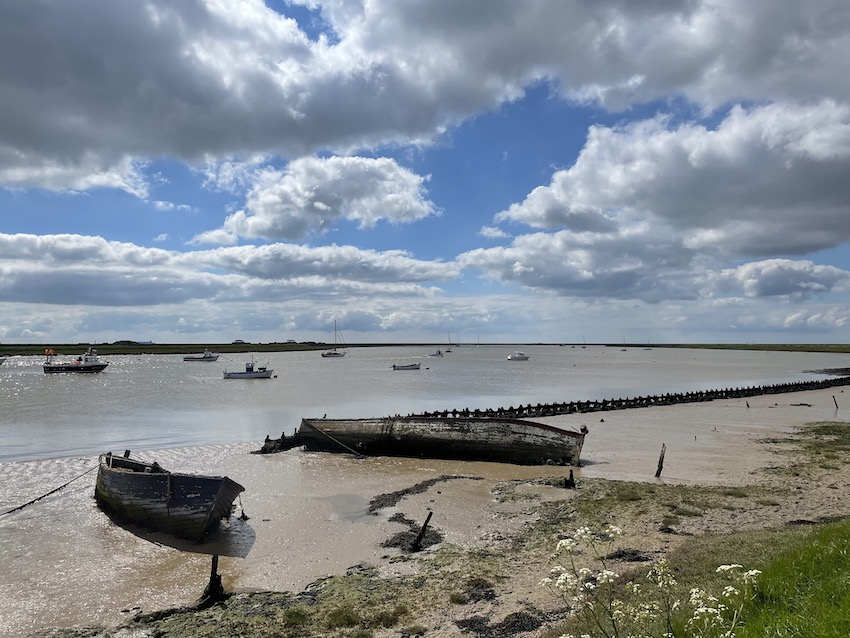 A number of distractions (good distractions!) from logical writing projects recently. For a start, we spent some days near the Suffolk coast, a few miles inland from Aldeburgh. The first time we’ve stayed away from Cambridge in these days of Covid. Initially, we were quite irrationally tentative about doing that — but this seems a quite common reaction after more than a year of restrictions. But we had a great time. The weather was good enough for lots of breezy walks. And being by the sea always very much lifts the spirits.

Back home to hours of nerdy amusement for me, playing around with a new bit of serious software, Affinity Publisher. Extraordinarily inexpensive but powerful alternative to Adobe InDesign. Lots of terrific reviews, and certainly seems quite excellent to me. Have used it to design good-enough covers — still big and red but slightly snappier — for hardback versions of the Big Red Logic Books, and I’ll use the same redesign for the republished paperbacks. More about this when the first hardbacks become available, shortly I hope.

Not least among the distractions, my new 24″ iMac has arrived. Entry-level in blue, since you asked.

Took a day to clear my study into a fit state to have somewhere to put it, and half another day to set it up, transferring files across, installing software and so on. But I’m bowled over by the result.

I’ve not had a desktop machine for well over a decade. So the difference between this and my trusty (but soon-to-be-traded-in) six year old MacBook Pro is wonderful. The big screen in particular is amazing. For LaTeX, being able to work with source code and PDF output side-by-side in big windows is a delight. And LaTeX compiles a large diagram-heavy file about 2.5 times faster too, which is a nice bonus.

The iMac itself is a thing of beauty (significantly better in reality, I’d say, than in the adverts). Even Mrs Logic Matters is impressed. The front-side colour is pleasingly muted. And those “white bezels” which Mac forums were complaining about a lot when the machine was launched in fact strike me as something of a design triumph. They aren’t glaring white — but a sort of slighty-grey off-white and so, in use, the edges of the screen shade off in your peripheral vision into your background wall (at least, if your background wall is fairly neutral like my study wall), in a way which works very well. I could go on. But if you were wavering about whether to get one, I’d say just do it!