After the minor revisions of earlier chapters of the Beginning Mathematical Logic Study Guide, something more exciting! Here is a brand new chapter on intuitionistic logic.

The chapter starts by briskly outlining a standard natural deduction system for intuitionistic logic. Then there are two sections giving rough-and-ready overviews, one on motivation and the BHK interpretation, the other on some additional formal details and giving a sketch of Kripke semantics. There are then the usual sections suggesting main readings, followed by some additional reading options. The chapter ends with some pointers to a few pieces with a more historical/philosophical flavour. The usual chapter format, in other words.

Since this is newly minted, I’d very much welcome comments/suggestions — particularly about alternative/additional readings at the right kind of introductory level. (Also very welcome, advance suggestions for what should appear in the planned later section when we briefly revisit intuitionism at a more sophisticated level in Part III of the Guide.) Brief version: There is now a hardback version available of the second edition of An Introduction to Formal Logic: ISBN 978-1916906327. It should now be available to order from bookshops (as well as from Am*z*n and some other online sellers). It is priced at £20/$25, about the minimum possible. I’ve just got a sample copy and it is very decently produced.

Longer version: You’ll probably recall that I recovered the copyright of the second edition of IFL a year ago so that I could make the PDF freely available (a pretty small gesture in these difficult times, but every little helps). Lots of students, though, do prefer to work from a physical book: so I also set up an inexpensive print-on-demand paperback (to minimise the cost, that is Am*z*n only).

Now, as I’ve said before, self-publishing has the downside that the word doesn’t get out to librarians via a publisher’s fancy catalogue. But in any case, in last year’s lockdown, and more recently too, librarians were rightly concentrating on improving their e-resources, so it didn’t seem the time to fuss too much about getting physical copies into libraries. However, things are slowly returning to something more like the old normality for library operations. So I have now arranged for ‘proper’ hardback copies — printed by Lightning Source who do small-run/on-demand printing for some academic presses — to be available for library purchase at minimum cost from, inter alia, standard library suppliers. So do please ask your friendly local university or college librarian to order a copy or two (emphasizing, if you need to, that this is a significantly changed book from the first edition). Online resources are all well and good, though problematic for some students: to repeat, at textbook-length, many — like me — do much prefer to have real books available!

Next week’s post on Beginning Mathematical Logic will be more exciting (promise!) — an all-new chapter on intuitionist logic. But before we get there, here is the revised chapter on set theory. Again, I have done some minor tidying since the last edition, but there is no real novelty, as I’m currently reasonably content with the chapter. But I’m sure that doesn’t mean it couldn’t be improved — so, as always, all comments gratefully received. 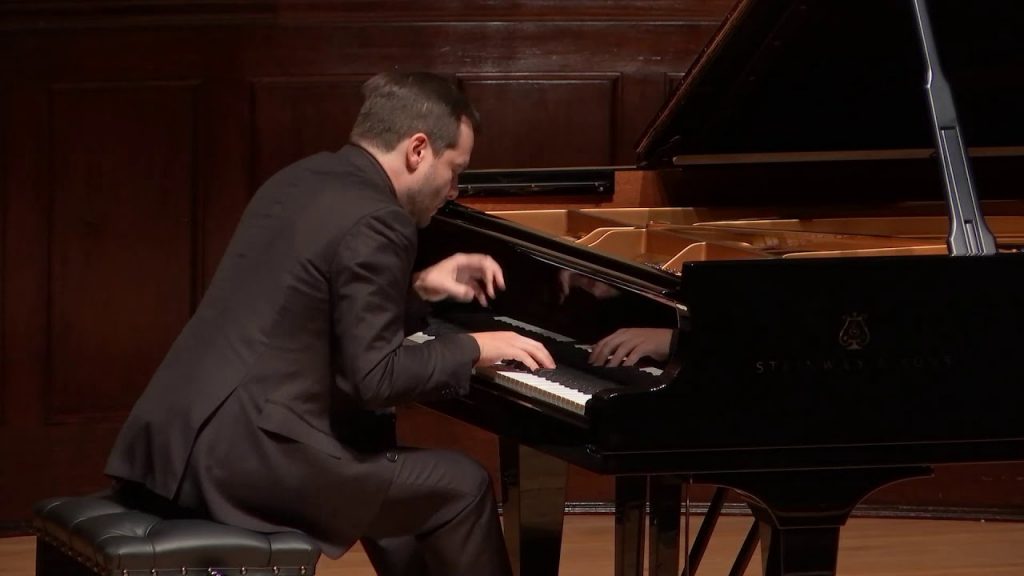 Since the world continues going to hell in a handcart,  we need all the Schubert we can get, particularly the inexhaustible piano music.  So here is Francesco Piemontese’s very fine concert from Wigmore Hall, a few days ago. He plays the two-movement Sonata in C, D840; the Sonata in A minor D784; and the great Sonata in C minor D958.

Another revised chapter for the Study Guide. And again, there is little substantial change from the previous version, except to significantly cut down the length of the “overviews”, which were getting a bit out of hand! Anyway, here is the latest version of the chapter on computable functions, formal arithmetic, and Gödelian incompleteness.

These revised chapters I am posting are being downloaded a significant number of times, but comments (either here or by email) are few and far between. I‘m rather hoping that that’s because people aren’t finding my overviews on topic areas gruesomely misleading or my recommendations for reading too outlandish! But, as I’ve said before, if you do think I’m leading your students horribly astray (if you are a logic teacher) or think the Guide could be more helpful (if you are a student), now really is the time to say!

The chapter on model theory in the Beginning Mathematical Logic Study Guide was last updated quite recently, in particular to take account of Roman Kossak’s nice 20221 book Model Theory for Beginners (College Publications). Rather little has changed, then, in this current revision, except some minor tidying (though I have dropped as unnecessary a previously footnoted long proof). But still, here it is, the revised Chapter 5 (as it is now numbered). 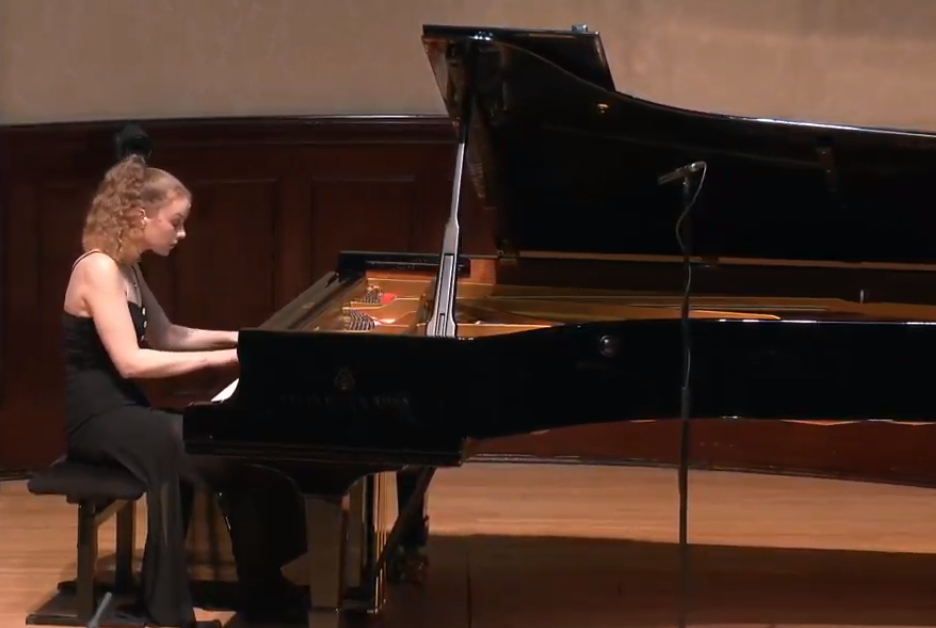 I have only just noticed that a recording of Elisabeth Brauß playing the four Schubert Impromptus D.899 last year is available now and for another week on BBC Sounds (start at 10 minutes into the programme). [Added: Link no longer works, sorry!]

This strikes me as extraordinarily good and very moving — with so much thought gone into every bar, yet the playing utterly honest and direct and unmannered. I have more than a dozen wonderful recordings of the impromptus from Schnabel on; but these performances bear comparison (in that these too are such that, while you listen, you can’t help but feel “yes, this is how the Schubert should be played …”).

Judging from her Mozart and Beethoven too, one day — and I do hope that this is where her inclinations take her! — Elisabeth Brauß could become one of the very finest of Schubert pianists. And, with the clock ticking away, I hope I will still be here to hear her.

What to cover in the Guide straight after standard classical FOL?

Theories expressed in first-order languages with a first-order logic turn out to have their limitations — that’s a theme that will recur when we look at model theory, theories of arithmetic, and set theory. You will find explicit contrasts being drawn with richer theories expressed in second-order languages with a second-order logic. That’s why — although this is of course a judgement call — I do on balance think it is worth knowing just something early on about second-order logic, in order to be in a position to understand something of the contrasts being drawn. Hence this next short chapter.

There are no very substantive changes from the previous version. But it is a little tidier in some respects. So here is Chapter 4: Second-order logic, quite briefly.

Here is the first main chapter of the Study Guide, on First-Order Logic. Nothing much has changed in the recommendations (or the occasional disparaging comments about non-recommended books!). However, the surrounding chat has been tidied up. I have in particular heeded a friendly warning about “mission creep” (the overview sections were getting too long, too detailed — especially about various proof-systems). So I hope the balance is improved.

One comment (which I have also now added to Chapter 1 — the section on “Choices, choices” where I say something about how I have decided which texts to recommend). If I were choosing a text book around which to shape a lecture course on FOL, or some other topic, I would no doubt be looking at many of the same books that I mention in the Guide; but my preference-rankings could well be rather different. So, to emphasize, the recommendations in this Guide are for books which I think should be particularly good for self-studying logic, without the benefit of classroom introductions or backup.

As I’ve mentioned before, I have started work on revising/updating/extending/cutting-down the much-used Study Guide (Teach Yourself Logic as was, now retitled a bit more helpfully Beginning Mathematical Logic).

I’d thought about dropping the three-part structure. But I have decided, after some experimentation, to keep it. So after some preliminaries, Part I is on the core math logic curriculum. Part II (fairly short) looks sideways at some ways of deviating from/extending standard FOL. Part III follows up the topics of Part I at a more advanced level. So, for example, there is an introductory chapter on e.g. model theory in Part I, and then some suggestions about more advanced reading on model theory in another chapter in Part III. (Having one long chapter on model theory, one long chapter on arithmetic, etc. made for unwieldy and dauntingly long chapters, so that’s why it is back to the original plan.)

Over the next couple of weeks, I’ll be posting some early revised chapters from Part I, and I’ll very much be welcoming comments and suggestions (and corrections, of course) at this stage. Please, please, don’t hesitate to have your say (either using the comments boxes, or by email to peter_smith at logicmatters.net). A lot of students — possibly including your own students! — are downloading the Guide each month: if you think they are being led astray, now is the time to say!

Here then, for starters, are the Preface and a couple of preliminary chapters. Not terribly exciting, but much snappier than before. They will explain more about the structure and coverage of the Guide to those who don’t already know it. Next up, the long key chapter on FOL.