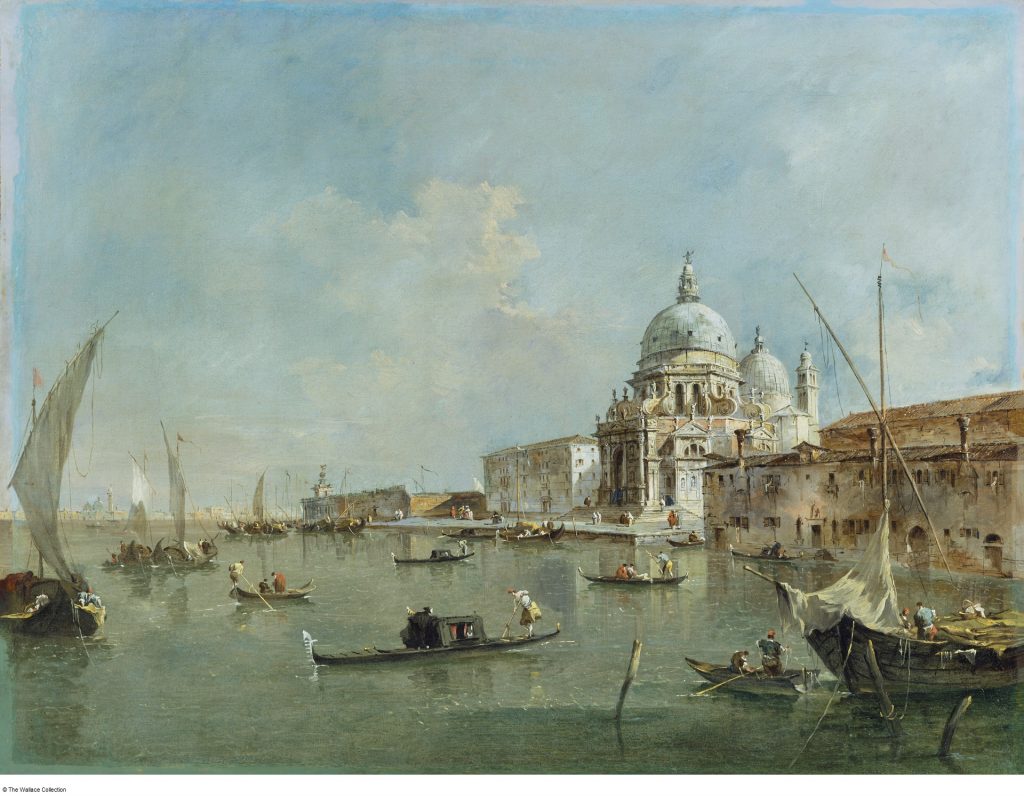 One of the pictures I’d most like to smuggle home from the Fitzwilliam is Francesco Guardi’s View towards Murano from the Fondamente Nuove. Small enough, quiet enough, to live with — turning its back on the declining splendour of Venice to look over a group of working boats, on a cloudy day, out over the lagoon to a distant Murano. Even in many of Guardi’s grander vedute,  the wonderful buildings are receding, some rather shabbily, into the background as a busy life continues in the foreground. Here for example is his Santa Maria della Salute and the Dogana, the setting for the bustle on the canal rendered impressionistically, the Salute almost a dream-like presence. There are other fine examples of Guardi’s work in the Wallace Collection too (you can search here): but I’m particularly enjoying this  one as my current desktop picture.

While books in English about Canaletto are many, there doesn’t seem to be even one relatively recent one about Guardi. Which is odd, as his works are a significant presence in so many galleries, and he was rightly much admired by the later French impressionists. And more to the point, I find that his paintings have a certain resonance, as we too carry on against a background of decline.