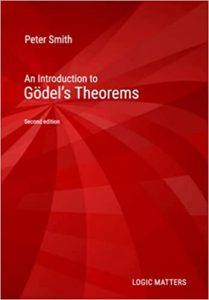 I’ve just noticed that it is almost exactly two years since I was able to make An Introduction to Gödel’s Theorems, originally published by CUP, freely available to download as a PDF.

After a ridiculously large initial flurry of downloads, the book is now steadily downloaded about 600 times a month. As I’ve said before about such stats, it is very difficult to know how to interpret the absolute numbers: but this looks respectable enough, and  the trend is still upwards.

When I originally announced, without much fanfare, that the PDF was available, I added

I may in due course also make this corrected version of the book available as an inexpensive print-on-demand book via Amazon, for those who want a physical copy. But I doubt that there would be a big demand for that, so one step at a time

Well, of course, I soon did set up the POD paperback (very easy if you already have a publication-quality PDF), and I was proved quite wrong about demand. I thought any sales would be a tiny trickle given the availability of a completely free download; but in fact the paperback of IGT very steadily sells over 50 copies a month, over three times as many it was doing under the auspices of CUP. So I think we can count the experiment as a success!

Back in the day, when I was writing the first edition of IGT, I tried to do the whole thing from memory, reconstructing proofs as I went, on the principle that if an idea or a proof-strategy had stuck in my mind, then it was probably worth including,  and if it hadn’t then maybe not. I did fill in some gaps once I had a complete good draft; but that explains the relative shortage of footnotes to sources. When I look at the book occasionally, it is just a tad depressing to realize that I would struggle to rewrite it from memory now. That struck me forcefully yesterday when, reworking a section in Gödel Without (Too Many) Tears for its second edition, I consulted IGT and came across an important point that, at least for the moment, I’d quite forgotten the intricacies of. Ah well …