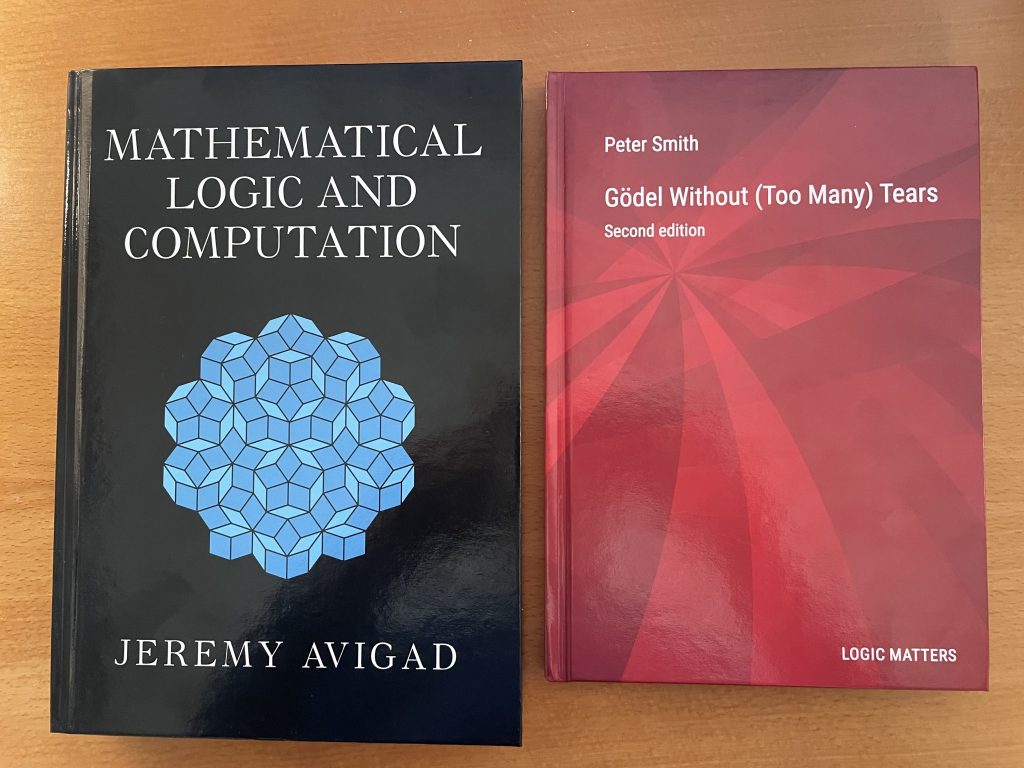 Two new books — the published-today hardback of Jeremy Avigad’s new book from CUP, and the just-arrived, published-next-week, hardback of my GWT. Both excellent books, it goes without saying! But they have more in common than that. These copies are both produced in just the same way, as far as I can see to exactly the same standard, by Lightning Source, one of the main printers of print-on-demand books for the UK. So both copies have the same paper quality (reasonable, though with more see-through than we’d ideally like) and the same sort of case binding (a flat spine, with the pages not gathered in signatures, but glued: how robust will this binding be in the long term?).

Now, I’m perfectly happy with the hardback of my book. It is serviceable and looks professional enough (maybe one day I’ll get round to redesigning the covers of the Big Red Logic Books; but I quite like their simplicity). I’m just noting that, although Avigad’s book will cost you £59.99 (if you don’t happen to be able to call on the very large discount for press authors), it is another print-on-demand book produced to no higher standard. Once upon a time CUP’s books were often rather beautifully printed and produced. Now, I’m afraid, not quite so much.

3 thoughts on “Things ain’t what they used to be, CUP edition”