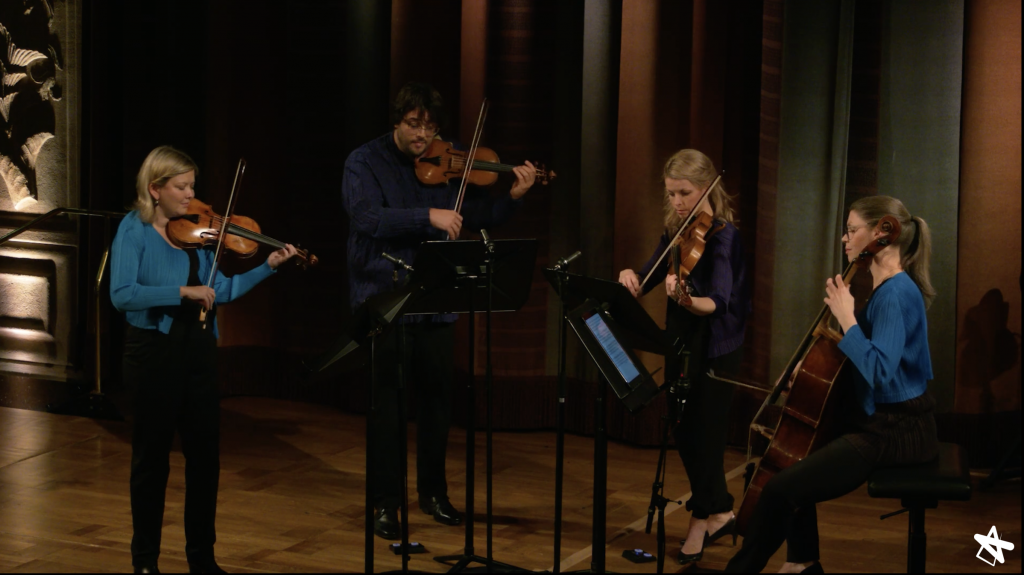 I leave you to make your own mind up about the Mayer piece. But I’m really linking this video because of the performance of the third Rasumovsky. That quartet has been a quite special favourite of mine ever since I saw Godard’s One Femme Marieé at a very impressionable age — do you remember this scene? I have never found out which quartet’s performance was used in the film — though of the recordings from that era which I know, it is quite similar to that by the Amadeus.

The greatest live performance I’ve ever heard was by the Pavel Haas about three years ago, who were absolutely on fire at Wigmore Hall. I have never heard the transcendental second movement played more affectingly, or the final movement propelled with such passion. Astonishing (as the audience obviously felt at the time). But this performance by the Chiaroscuro, with their distinctive timbre on gut strings, is very fine indeed.

3 thoughts on “In concert: Chiaroscuro Quartet”