The task is to set proof-trees in the style of the tree alongside, i.e. tableaux of the sort that appear in e.g. Richard Jeffrey’s classic Formal Logic or the first edition of my own Introduction to Formal Logic.

Despite the very wide use of such tableaux, there has only lately appeared a purpose-designed package which looks excellent and very flexible, allowing you also to add line numbers (if you want) and line-by-line justifications:

However, because of issues with the packages that prooftrees.sty invokes, a document with many trees does become slow to type set.

Older options for setting tableaux often require bits of trickery to get nice-looking trees (and don’t supply the option of line numbers etc.).  I’ll mention them, however, in case they may be enough for your purposes. Two first options are

Clea Rees’s prooftrees package is based on forest. Here’s a fully annotated tree produced by this package: 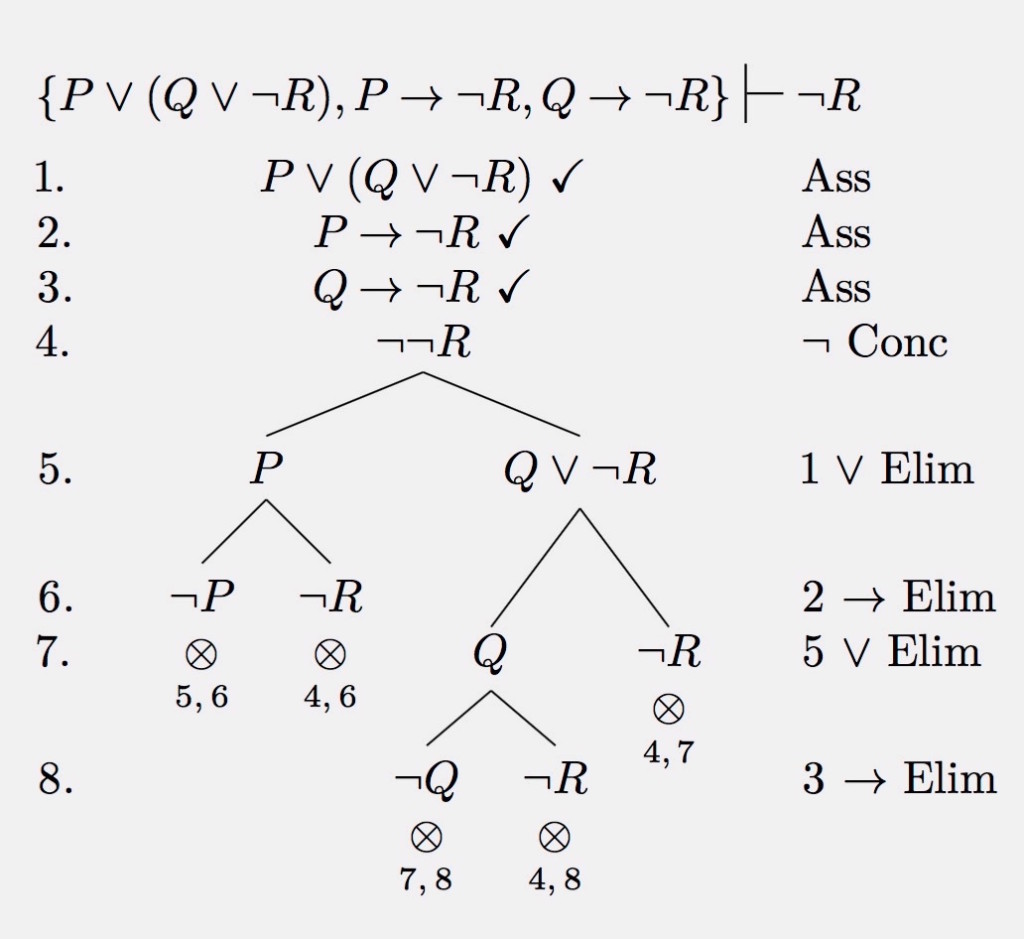 See my document for more examples.